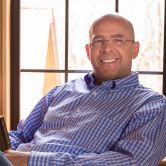 It would be safe to say that Aaron Walker is a veteran entrepreneur. Having started over a dozen businesses during his four decade journey has been pretty awesome. Beginning at 18 years old and selling to a Fortune 500 company just nine years later set Aaron on an adventure of a lifetime. The secret sauce for Aaron can clearly be identified with these four attributes: grit, authenticity, determination and perseverance. The glue that holds it all together is his weekly involvement in Iron Sharpens Iron Mastermind groups. Aaron started masterminding 20 years ago with Dave Ramsey, Dan Miller and several other notable Nashvillians. Today, he spends time with his wife, two daughters and five grandchildren.

In Part 1 of Aaron’s Online Success Journey, you’ll hear about how he journeyed to the path of success…

Part 2 of this insightful interview with Aaron includes an exploration of his Turning Point,  how he moved from the path to failure onto the path to success.