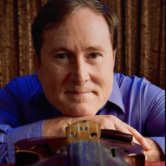 Ever since his mother signed him up for piano lessons at age five, Thornton Cline has been writing non-stop. With over 1,000 published songs, 150 recorded songs, 32 traditionally published adult, children’s and YA books published, Thornton Cline has been nominated multiple times for Grammy and Dove Awards. In 2017, Cline won a first-place Maxy Literary Award for “Best Children’s Young Adult Book” and his books have appeared at the top of the Amazon bestselling charts. Cline has been honored with “Songwriter of the Year” twice-in-a row and has received a platinum award for certified sales of over one million units in Europe.

Cline continues to mentor, speak, teach, and inspire aspiring authors and songwriters around the world. When Cline isn’t writing, he is teaching at Welch College in Middle Tennessee. He resides in Hendersonville, Tennessee with his wife, Audrey and their cat, Kiki.

In Part 1 of Thornton’s Online Success Journey, you’ll hear about how he journeyed to the path of success…

Thornton’s book A Novel Life can be found here:

Part 2 of this insightful interview with Thornton includes an exploration of his Turning Point,  how he moved from the path to failure onto the path to success.