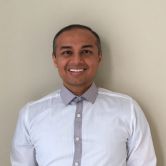 Jeff Hall never had a choice but to become an entrepreneur. At the age of 7, he sold candy because money meant escaping his life of poverty and neglect. At the age of 13, he acquired a reputation as a computer nerd at school quite by accident and began working on his school’s computers. At 15, he began his company, Overflow Cafe, in order to keep from being evicted from his home, and at 17 was lying about his age to get the commercial lease for his first office.

Remarkably, he is still helping new and small businesses become popular online at Overflow Cafe 23 years later along with another 4 successful startups under his belt.

In Part 1 of Jeff’s Online Success Journey, you’ll hear about how he journeyed to the path of success…

Here is the direct link to Jeff’s Overflow Cafe:

Part 2 of this insightful interview with Jeff includes an exploration of his Turning Point,  how he moved from the path to failure onto the path to success.