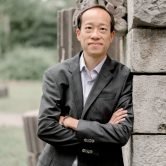 Vincent Cheng was born, raised and presently resides in Canada, but his explorations across 32 countries have anchored his connection to diverse cultures, formulating a deep understanding of humanity at large.

He began his career as an electrical engineer in 2004, and a year later, alongside this, Vincent began his quest of conducting orchestras, choirs and operas. He coached and conducted hundreds of amateurs and professionals across Canada, USA, Europe and the Middle East in voice and musicianship. Vincent retired from engineering to fully devote his pursuit of the music profession and in 2012 sold all his possessions, traveled and conducted operas across the globe. In 2014, he returned to Canada and began his studies in psychotherapy, as he continued his conducting career.

These diverse worlds of work and life experiences led him to develop ‘Heal The Source’, a method that helps people fast-track their own healing based on their need for change and development. His visionary way of thinking and his intriguing ability to motivate and inspire is what guides him in serving others through Heal The Source to heal the world!

In Vincent’s Online Success Journey, you’ll hear about how he journeyed to the path of success…